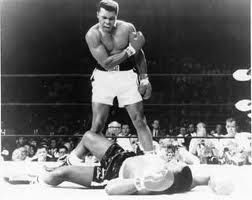 In late April, the most powerful and easy-to-use conversational TURNING and BORING menus hit the market for KipwareT® - Conversational CNC Software for Turning ... bringing unprecedented ease of programming for complex shapes that can include unlimited and unbounded radii and tapers. The success has been unbelievable ... thank you to all the professional machinists that have added true, powerful conversational CNC programming to their arsenals for their turning programming.

In 2014 Kentech Inc. released it's ground-breaking conversational 3D options for KipwareM® - Conversational CNC Programming Software for Milling ... the ONLY conversational 3D programming ON THE MARKET .... whether PC based or CNC control based !! We also put the statement out there for our users ... send us your 3D shapes and we'll consider adding those shapes to our options. In April we were asked to consider adding an option to create a bending die ( male and female ) 3D menu by a client in Illinois. The idea seemed like one that other users might benefit from ... so we set to work.

Today we are pleased to announce the release of the MALE BENDING DIE 3D option for KipwareM®.

As you can see from the screenshot above ... as always ... we included many powerful options for this operation including :

Using this simple, fill-in-the-blank form ... users can create the G code program to machine the MALE side of the bending die from STOCK ... the FEMALE menu and machining option will be released before the end of June ... stay tuned.

We are proud that Kipware® continues to set the bar for conversational CNC programming software ... a bar that no other software company can even come close to touching. Our commitment to our clients and our resolve to be the best ... drives our developers to continue this trend with many new releases in the pipeline for 2015.

Profit from the realization that CAD/CAM is NOT the best solution for EVERY programming scenario.

For in-depth video presentations of ALL our Kipware® software ... please visit our YouTube channel here : http://www.youtube.com/ktsoftware

For additional information on ALL our Real World Kipware® titles ... please visit our website at www.KentechInc.com.